I think you mean Anthrocon with AC right? but i have no idea what lush is 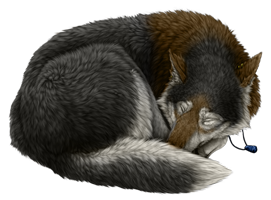 so that isnt to be mixed up with A-kon...? not the same thing?

Anyone here going to Anthrocon this year?
I am!

Get to go to A-kon and Anthrocon; sweetness

Afraid it's not gonna happen for me..

I always wanted to go though

yeah, who all from here is goin to anthrocon this year?

Not gonna happen this year..Have fun SilverClaw an please take some pics

Hope you have fun Silverclaw. I would love to go but I'm too busy and I'm currently low on cash (note to self: get a job).
DeviantART
Meez

i wanted to come this year but its not gonna happen

I was kinda P/O ed that I couldnt go but it was a financial(Sp) issue for me, thanks to that from one of my "Donkey" ex-mates...yea...anyways hope it was fun for those furs and peoples that went

I dun care what people say about us furries, I'm darn proud to be one and have always been proud. POWER TO THE FURRIES
Top

Anthrocon '08 is slowly coming up

Any Pack members going to go this time around?

Koshaw, Lupin Smile, Goldenwolf, and BlackJack don't post here anymore, but I do see 'em around there.
Top

I might be new to the pack, but yeah, Im no novice to the joy of Anthrocon. Ive been going for years now(since 2003), and Ill probably keep going every year till the day I keel over. Meaning, in short, Yeah, ill be there, and Ill be early. Im arriving wednesday morning, around 8 AM as Ive done for the past 3 years. If anyone happens to take route 76, around 5AM wednesday morning, you might consider reading up on this thread on the AC forums. I post info on a small North eastern Ohio area convoy. Granted, its only a 2 hour drive, but its fun to have folks to drive with, regardless of how short a drive.

I update it every so often. Hope to see you all there.

Hopefully I'll be able to spot ya there

Is your badge name the same as your user name here?
Top

yep, check my intro thread for pics of my fursuit. If you arrive early on wednesday, PM me for my cell if you want to chill sometime that day. Ill be in suit starting mid Thursday. Gonna do some small time volunteering, enough to earn a Tshirt for next year, and then Ill stop there. I could go for the whole free registration and shirt package, but Id rather focus on enjoying the con. I generally can be spotted wearing my tail(same tail as my suit, a coon tail) plus I like black leather trenchcoats, so expect to see me sporting one in and/or out of suit.
Top

I'd love to go to AC or MFF or some type of conventions but without money or a ride it's almost impossible for me. *shrugs*
"I am the Dane that barks in the night."
Top

Understood. I want to go to AC so badly, but I've been looking into travel and there is absolutely no way I can do it for less than $1000 for travel and hotel, not including admission, meals, and merch. There's just no way.
I am going to try to go to Furry Fiesta here in Tx next year instead. It's only a day's drive away for me.

PariahPoet wrote:Understood. I want to go to AC so badly, but I've been looking into travel and there is absolutely no way I can do it for less than $1000 for travel and hotel, not including admission, meals, and merch. There's just no way.
I am going to try to go to Furry Fiesta here in Tx next year instead. It's only a day's drive away for me.

hotel expenses are broken down by splitting the cost with a handful of individuals you trust. I try to aim for 6 people. fill up the beds with two people each, and then put one at the foot of one of the beds(yes, the beds are wide enough that someone could put a cot at the foot). and put the other person in front of the window. Splits the cost for the hotel room to under 100 bucks. travel costs would be least horrendous if you took the bus. Granted, its a decent ride, few days I think from texas, but still, its better than paying 400 for a plane ticket.

bus ticket would roughly be about 180-200. This would come to about 300 bucks total for bus, food, and room.(packing lunches is the cheapest way to go too) Toss in the 45 for registration, and include 100-200 bucks for blowing on dealers room goodies, This would effectively Make your travel and total expenses easily under 500 bucks. Granted, I got the bus ticket prices from greyhound(roundtrip from Houston to Pittsburgh PA) which might or might not be close to you and it might or might not be the cheapest. probably isnt, but oh well. You are free to find better alternatives. Just wanted to show ya how to knock down that price a bit.

Oh, and remember that if you go asking around for lots of roomies. Its illegal to have more than 4 people in a standard hotel room. Against hotel fire codes. So, you cant legitimately ask the hotel for 6 room keys for 6 people. I pull it off by assigning two names besides mine to the hotel, checking in with my name and asking for 4 keys for myself, one for me, and one for 3 others. Then, the two other folks who are on the room plans walk up, and each get a key of their own, making it 6 keys total. Remember that some hotels will keep track of how many keys are given out, and actually have a limit. You can call anonymously and ask if they can give out an extra keycard "to keep in the car as a backup" but some hotels wont allow it at all. THe Westin in pitts is pretty lenient, just make the effort to keep it down that you have more than the fire codes allow.

The best way to find roomies is to make friends online in advance, and be strict about learning about each other as much as possible. Talk over the phone at least once and if possible, meet up in person. If you are all in the same place, traveling that kinda distance should be done together. Not only will you save some cash as group rates are cheaper, but you can stay safer, doing everything as a group(buddy system kinda thing). Once you get to the con. congoers are typically easygoing and you shouldnt be in any danger, but if your bus ever makes stops for a break to stretch your legs, its just generally safer to go with a buddy if you leave the bus to use the bathroom or get a bite to eat.

OMG *has an aneurysm from this waiting* Cant friggin wait any longer!!!! BWAAAAAHAHAHAHA

This is utterly amazing. The day before I leave for AC, I am due to take an entrance exam for an electrician apprenticeship program. Its been one of the jobs Ive wanted since high school(the top of the list was to be a writer, but I tried my hand at it and I just cant stay on topic with stories, I jump around with ideas too much) But yeah, if this job pulls through, ill be making $12 an hour starting, with an increase in pay yearly of $1-2 or more, up to $20-30 an hour when the program ends, maybe more if I do well enough. Its only a 3-4 year program, so this is going to be amazing.
Top

Wow, I haven't been here in like forever. o.O But, does anyone know how to get in contact with LupinSmile? Is he still around here?

And I am al always going to AC

See you there Silverclaw! (By the way, I think I have a peice from your camera. Must have taken it by mistake last year)
~A Dream is a wish your Heart Makes~

~For a Dreamer, Night's the only time of day~
Top

I dont think LupinSmile posted here in a whiles. Unless he lurks. You could try emailing or PMing him though, here is his userpage with the links:
http://thepacksden.com/thepackboard/pro ... file&u=138


And I am al always going to AC See you there Silverclaw! (By the way, I think I have a peice from your camera. Must have taken it by mistake last year)

Really? lol
You can give it to me then when I stop by your booth

Didnt even relize anything was missing.

I need to get more active with Wolf again...I feel bad about it

Yeah...it's the peice that attatches the camera to the tripod. I had one for mine but this one..is not it! lol I noticed it ages ago and since we used yoru camera last year, it must be yours. Otherwise, I have no idea where it came from!
~A Dream is a wish your Heart Makes~

~For a Dreamer, Night's the only time of day~
Top

Had a lot of fun

Spent way too much money in the Dealers Den. I had 3 pieces of art in the art show; one of em sold for $50

That was pretty cool. I need to post those up on my DA account soon...
Sorry I didnt get to meet you cjkrythos

If I saw you, I did not reconize you. Maybe next year